It was 1991 when Nino and Franco Caronia founded Norma Vacanze in a small office composed by two desks, one typewriter, one telefax, one employee and, above all, a big motivation and lot of passion on tourism.

Selling daily excursions, weekends and holidays in Sicily to Sicilian guests is the easiest way to start but the turn comes when a new business in Sicily is created by Caronia brothers: selling holidays to clients collected by several local C.R.A.L.S (recreational and welfare centre for workers) that before used to work not as a team, but as independent companies, with small numbers and high prices. Norma allows all C.R.A.L. clients’ to travel and have very good holidays at cheap rates.

After only one year, Norma Vacanze became for most of Sicilian C.R.A.L.S. the easiest and more reliable way to sell to its employees holidays in Sicily and Europe and in the main time many Italian C.R.A.L.S. (banks, post offices, Telecom, and so on) decides to use Norma’s services in Sicily.

More than 3.000 guests are managed by Norma Vacanze in Sicily in 1992 and these numbers, that for Sicily at the beginning of 90’s are really big, give the possibility to make very good agreements with some hotels. Nino always love to say that Norma grew up thanks to most of his main hotels, because they trusted on him and as well most of his main hotels grew up thanks to Norma, because Nino and Franco trusted and invested on them.

In 1993 the first brochure “Sicily and Garda lake” is printed and Caronia brothers start to go to some national and international tourism exhibitions without any stand. Walking through the stands with their small brochure, Nino and Franco meet most of tour operators that in the following years become their main clients. Clients grow up quickly, besides C.R.A.L’S clients some new ones from Germany arrives by bus and a new office able to host more staff is needed.

In 1994, seven young and motivated guys occupy the desks of a bigger and modern new office composed by 2 floors. After few years, first individual international clients arrive: Roza Vetrov, a Russian T.O., decide to put the first direct charter from Moscow to Palermo and Dertour print Sicily in one page of its brochure for the first time. In the following years new important clients arrives: Olimar, a german TO, prints Sicily on its brochure for the first time and Gate One, one of the biggest American TO, starts to use Norma’s service in Sicily.

A tour of Sicily called “Sicily Sun Tour” with guaranteed departures is launched – nobody guarantees a Tour of Sicily during the 90’s but Franco and Nino wanted to invest on this idea and only after two years, a new edition of this tour is launched also in German language. This tour is a really winning idea because complete the product given by Norma: not only hotels and transfers, but all individual clients are even able to discover Sicily with a tour joining other people speaking the same language. The rising number of Sicilian clients needs a wider offer, that is why Norma decide to invest on charter operations to Europe, sharing the seats with other two local tour operators.

At the beginning of the twenty-first century Norma gives to many Sicilian guests the possibility to spend their summer holidays in Paris, Prague, Andalusia and Wien with direct flights from Palermo or Catania. In many local radios and in the main streets of Palermo, Catania and Messina the first advertising campaign saying“Who told you that holidays are expensive? -With Norma You can” is launched and in 2000 Norma manages more than 10.000 guests.

The biggest turn arrives in 2003 when the Director of Dertour introduces Nino and Franco to the Incoming Italia consortium. After having shown ideas, project and numbers to Mr. Stoker and Mally Mamberto, Norma joins Incoming Italia and represents Sicily on it.

The reliability of Incoming Italia allows Norma’s numbers to grow up rapidly and almost all Sicilian hotels have a contract with Norma. As more clients means more rooms needed, rooms in commitment in many hotels and resorts of Sicily start to be taken. It allows all Norma’s clients to always have the best hotels and resorts available at the best rate.

2004 is the year when Norma’s staff need to manage the first big event. Over 1.000 German clients come to Sicily for the annual congress of the CDU party.

Trendtours is the first mass market Tour Operator that believes in Norma and with a seven days tour of Sicily, almost 7.000 German guests are handled in 4 months. The program is a success, all clients are happy, the tour is full of innovative ideas and Trendtours decide to gives Norma the possibility to manage even more programs. The creativity of all programs designed by Nino, allows Trendtours to sell high quality programs, different than all the ones proposed by its competitors, at excellent prices. In few years Norma sends thousands German Clients to Italy, Russia, Israel, Ukraina and Croatia.

At the end of 2000s new big charter operations from East Europe (Poland, Serbia, Croatia) come and in order to follow the rising number of guests to manage, more employees are hired and the office became bigger. 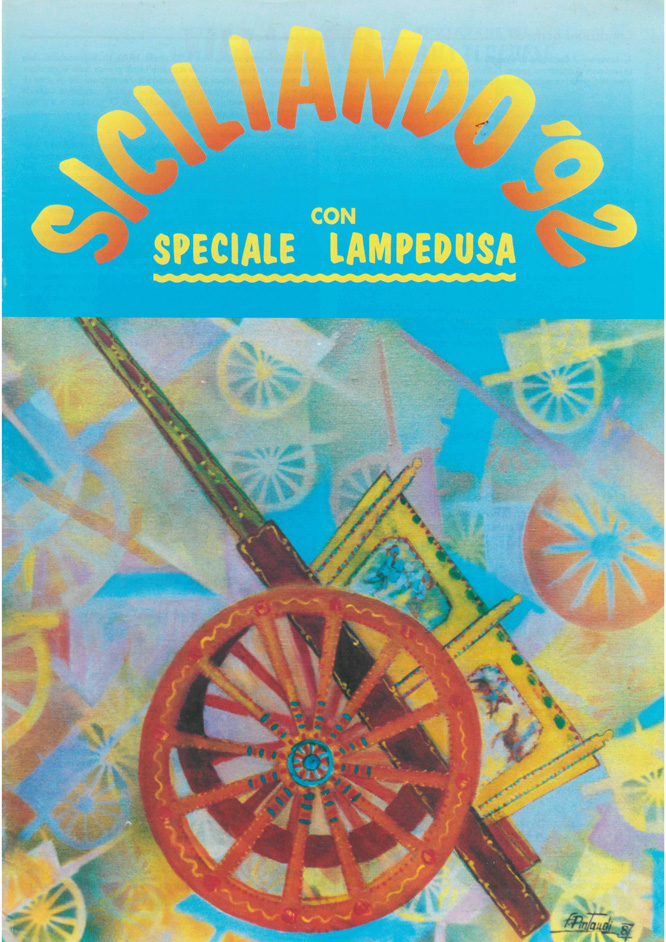 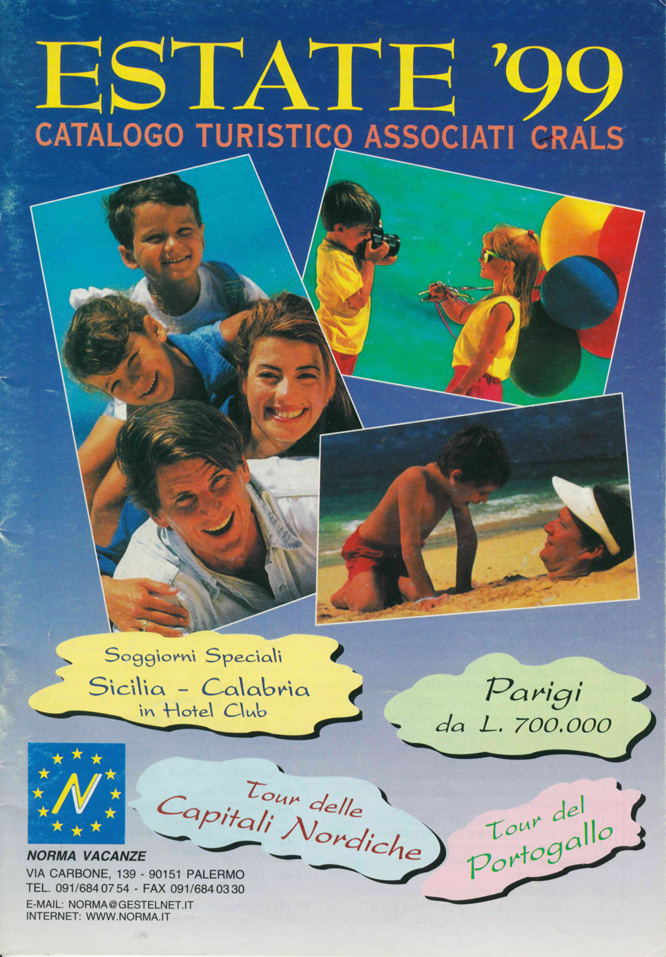 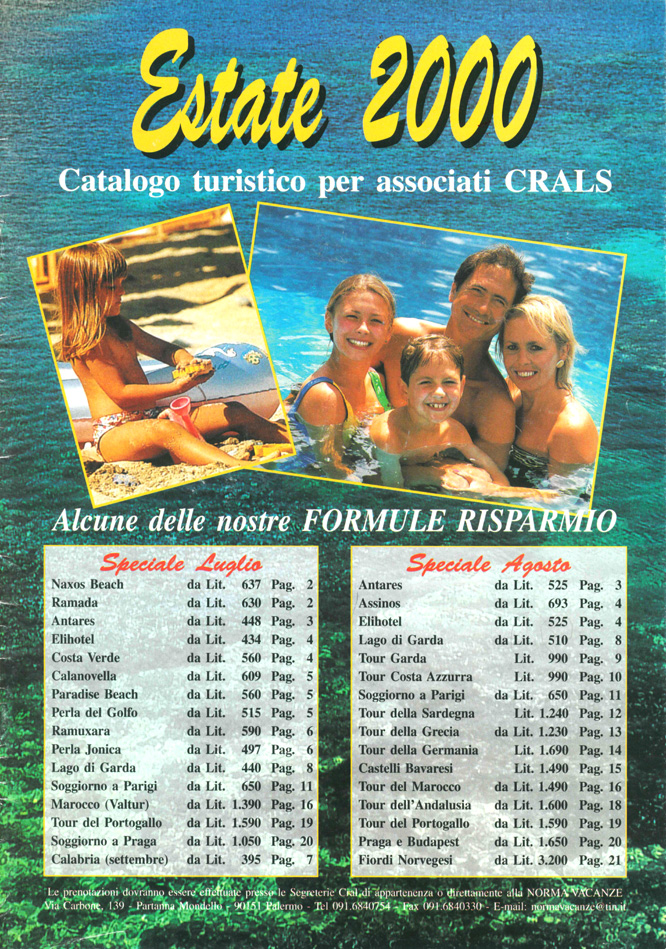 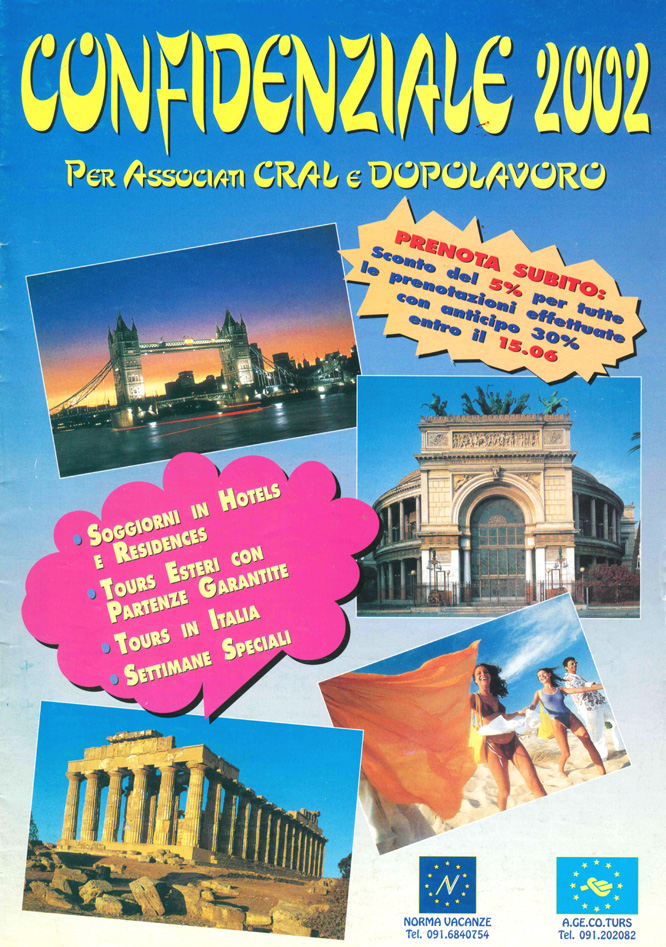 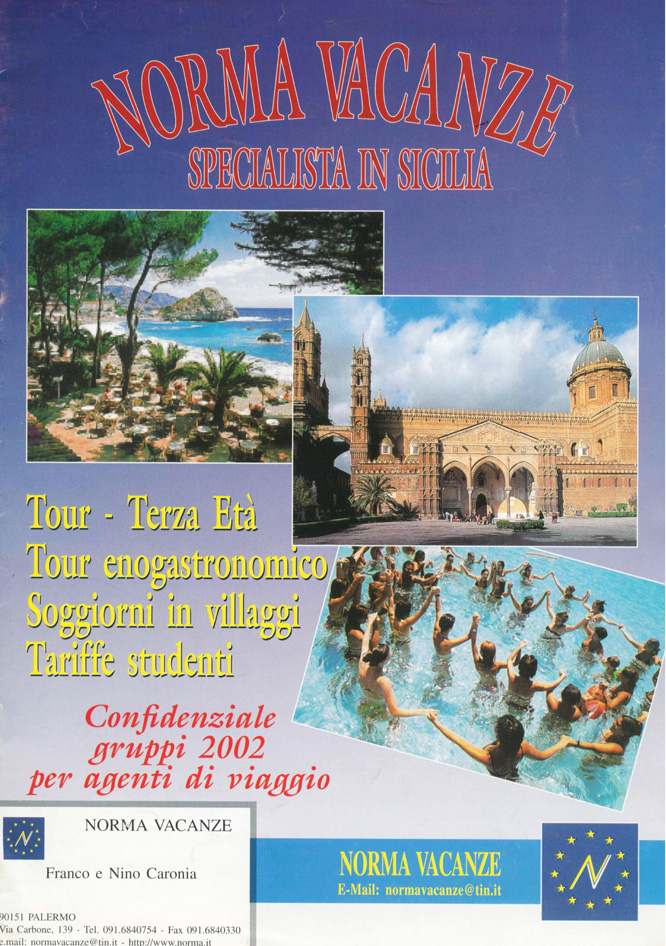 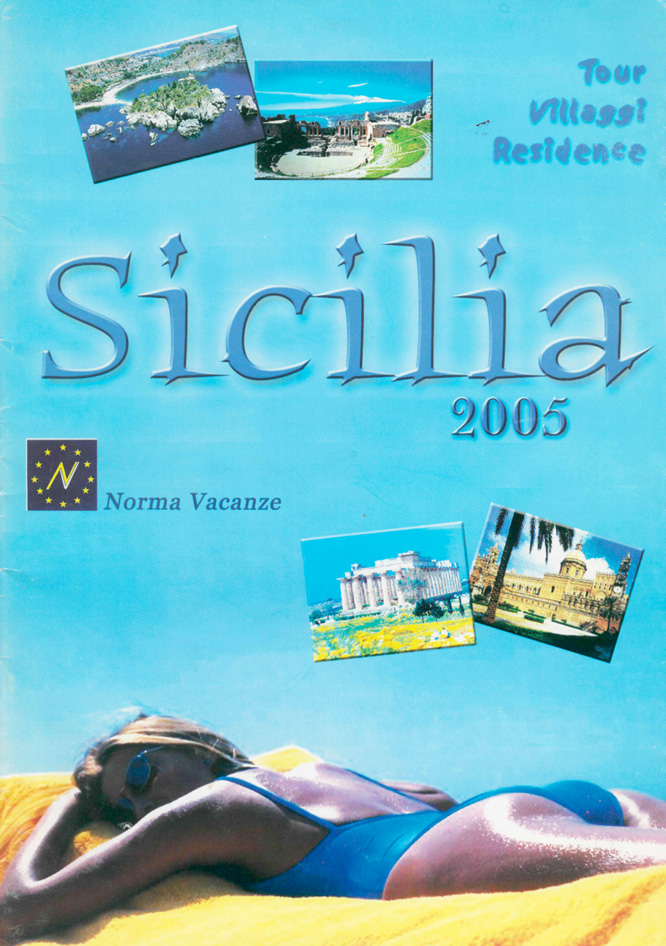 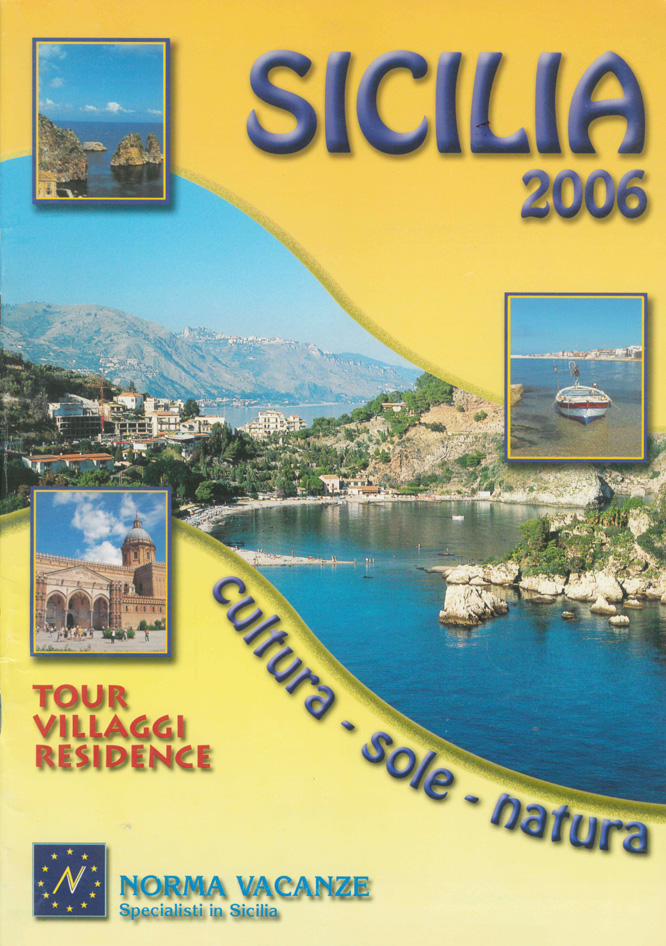 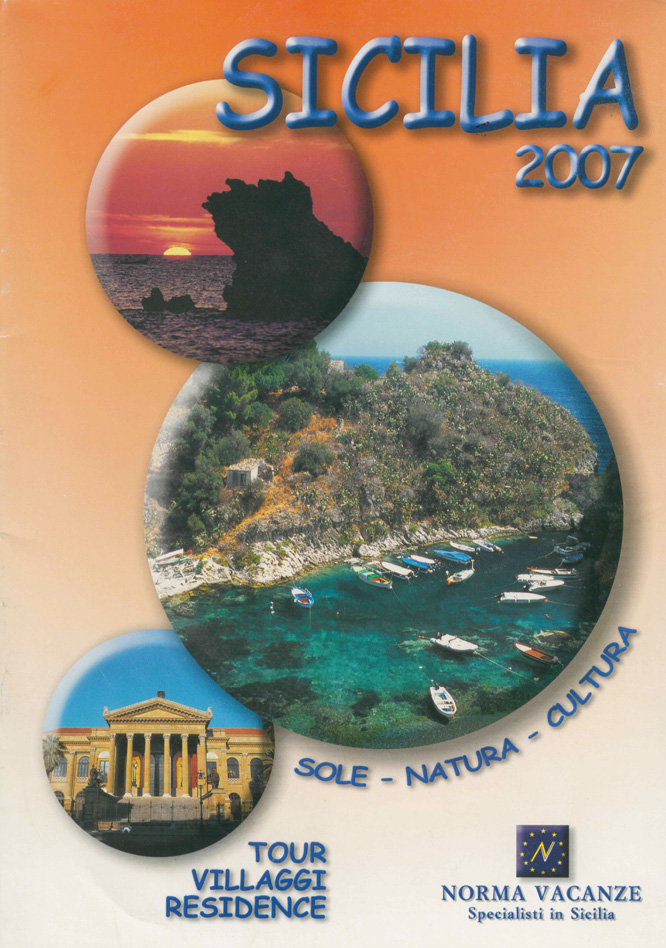 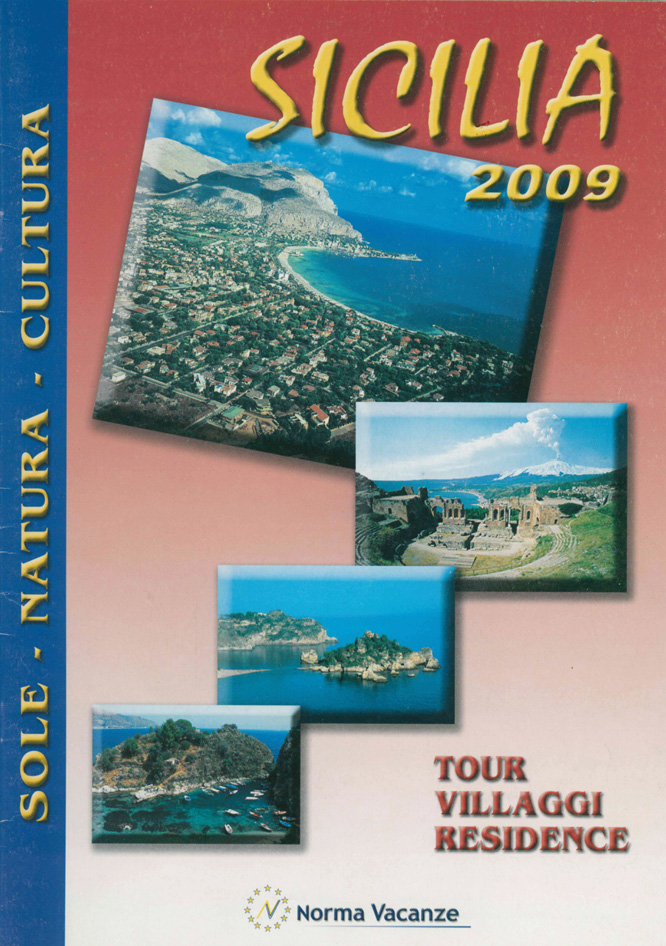 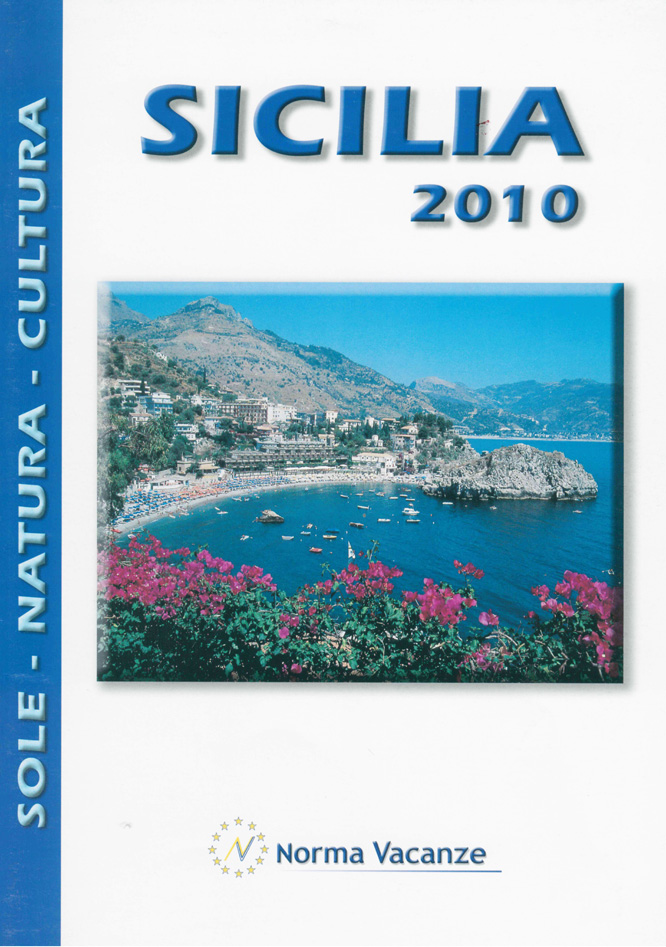 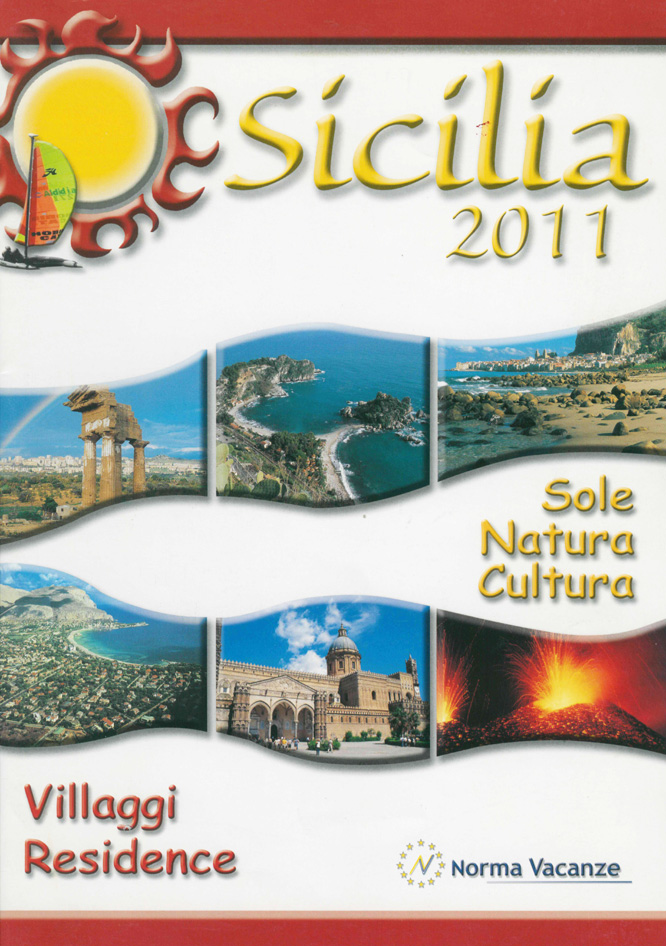 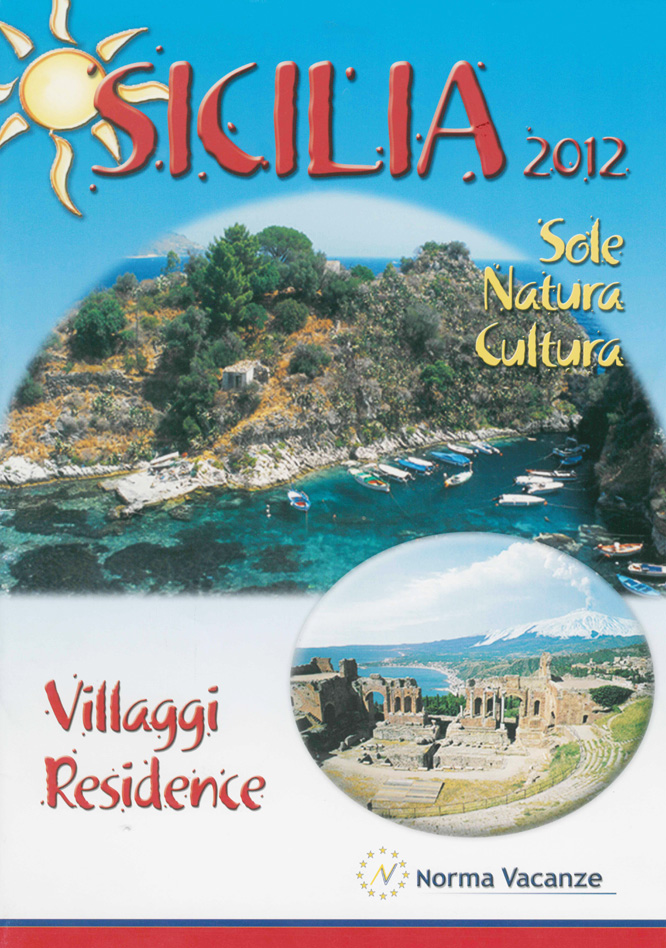 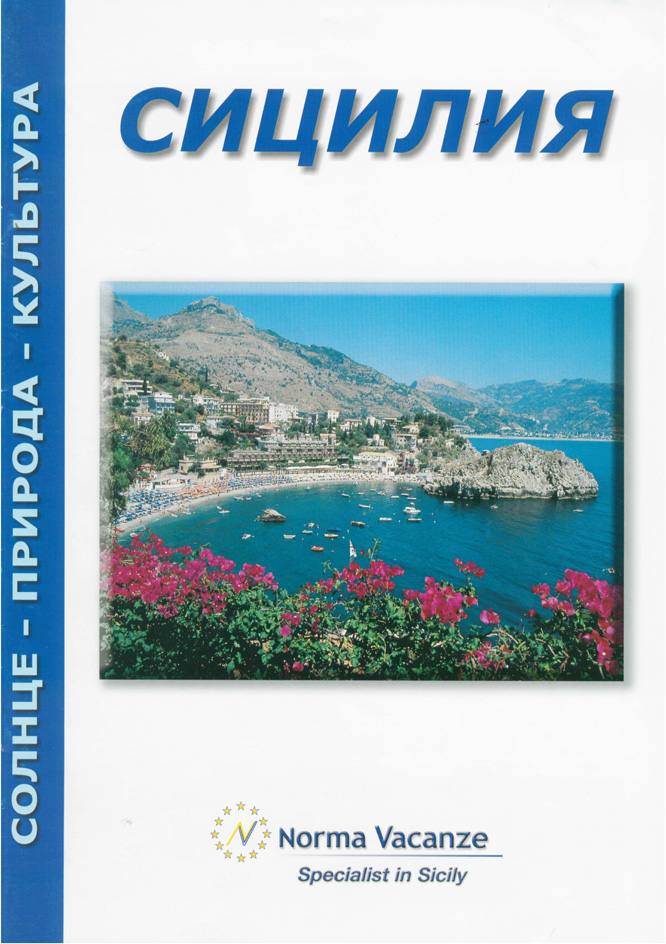 Norma continues investing on tours with guaranteed departures in order to fulfill the requests of foreign clients and all individual clients can book, beside the “Sicily Sun Tour”, also Sicily&Malta and Sicily&Campania tours in English, German and Russian with weekly departures. Excursions with guaranteed daily departures from Taormina and Cefalù area are sold in German, English, Russian, Slovak, Czeck and Serbian language.

In 2012 comes the new operating system: it allows all employees to work quickly and to manage more clients in the same time. Partnered tour operators can now book services and check availability on-line. Over 3.500 reservations come through the website on the first year.

In 2015 the program with the biggest number of clients is managed: 16.000 German clients book our program Helsinki and St. Petersburg in only 4 months.

The big number of committed rooms, the high quality of services given, the high professionalism of the staff and the great efficiency of the logistic department, make more and more clients always believing in Norma Vacanze and in 2018 the company handle more than 25 charter operations becoming leader in many markets such as: Russia, Serbia, Ukraina, Belarus, Czeck Republic, Slovakia, Israel.

In 2018 in order to fulfill the always rising demand of rooms and to give to clients always higher standards of services, Norma buys Hotel Albatros, a beach hotel in Taormina Riviera and in 2019 opens a new branch office in Giardini Naxos.

The same passion with which Nino and Franco started this adventure in 1991 is still there and moreover the new generation of the Caronia family keep having the same enthusiasm, professionalism and creativity – new innovative ideas and projects are coming.